What Do YOU See? 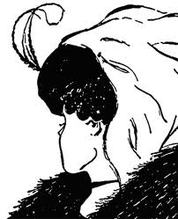 Once you've looked at a child's Ocular Motor Skills, and determine that they are able to move their eyes to fixate and track objects in their environment, you must then decide it their brain is able to break down the information sent to it by the eyes to understand their environment.

You will also find that sometimes children with motor deficits will rely on their perceptual skills to get them through tasks. They rely on visual models and feedback from their environment to plan movements. 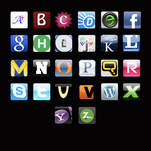 ﻿Form Consistency is the ability to accurately recognize and understand that an object remains the same despite changes in it’s size, direction, orientation, color, texture or context.  Children with Form Constancy difficulties may learn to recognize a number, letter, or word when they see it in a particular script or context (i.e. on their name tag), but are unable to recognize the same symbol when it is presented in a different manner (i.e. in a sentence, in a different font, etc). This makes learning to read or to work with symbols very difficult.﻿ 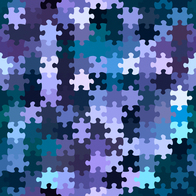 Figure Ground Discrimination is the ability to screen out unimportant visual material in order to concentrate on the important stuff (i.e. to find an object in a busy environment without getting confused by the background or surrounding images). Children with Figure Ground Discrimination weaknesses will have difficulty picking out and focusing attention on a specific object (i.e. identifying a key words in a paragraph [“more than”; “less than”]). They may seem inattentive and unable to keep their place when reading. They will be easily distracted. Difficulties may be experienced in finding their place in a workbook, in finding today's date on the board, and in finding objects in a busy environment, such as toys in a toy box. 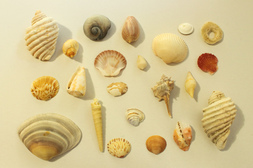 Visual Discrimination is the ability to identify differences and similarities between shapes, symbols, objects and patterns by their individual characteristics. Visual Discrimination is needed for matching and sorting skills. Children look at certain characteristics such as color, form, shape, size and position to identify differences and distinguish between objects in their environment. A child will firstly learn to discriminate between real objects. They  can tell you how the objects are alike and how they are different by actually touching and holding them. They will then start to discriminate on a more abstract level between symbols, such as shapes. Finally, the child will begin to discriminate between much more abstract symbols such as letters and numbers. Visual Discrimination difficulties result in general letter/number confusion when reading and writing. 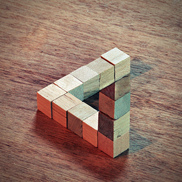 Spatial Relationship is the ability to understand the position of two or more objects in relation to oneself and in relation to each other (i.e. “behind”; “between”, “in front”, etc). Visual Spatial Perception provides us with information about our environment. The way a child perceives space and their position or orientation within that space can affect their gross motor skills. Children who have difficulty perceiving spatial relationships could have trouble with sequential tasks. They may find it difficult to put letters in the proper sequence while reading or spelling. For example, they may read the word "string" as "stiring" or spell it "srting." They may also have difficulty with sequencing the steps involved in solving problems

Position in Space is the ability to understand an object's position in space in relation to the oneself or to understand which direction an object is turned. the perception of the direction in which an object is turned. Children who reverse letters, especially b's, d's, p's and q's, experience difficulty with Position In Space perception. The child's confusion involved how to position the parts of the letter occupy in relation to one another (i.e. with b and d confusion - Is the circle to the left or to the right of the straight line?)

Visual Memory is the ability to remember what is seen for immediate recall. The ability to remember and recall images of objects, shapes, symbols and movements plays a key role in all learning. A child with Visual Memory problems may have difficulty reading and spelling sight words. The child must be able to look at a word, form a visual image of that word and be able to later recall the image of that word. They often whisper softly to themselves, as they read in order to help compensate through the auditory learning pathway. Science and math can be particularly overwhelming because of the need to remember both detail and spatial organization in flow sheets, diagrams, graphs, and graphic figures.

Visual Sequential Memory is the ability to remember and recall a sequence of visual images such as letters, shapes, numbers, symbols and objects in the correct order. A child with a sequence disability might hit the baseball then run to third rather than first base or have difficulty with board games that require moving in a particular sequence. They may also take longer copying work from the board or a book because they must frequently review the text. Some children can glance at a blackboard and copy entire sentences onto paper with only one look. Others have to look up after every word or letter because they cannot remember enough visual information after a single glance. They may confuse spelling words that have similar sequences, for example, left and felt. In mathematics, children may write the problems out of order or scramble parts of one problem with parts of another problem. 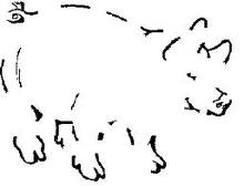 Visual Closure is the ability to identify a form or object from an incomplete presentation (this is when the entire object is not visible). This involves visualizing and mentally "filling in" the visual information that is missing. This skill helps us to quickly process information in our environment because our visual system doesn't have to analyze every detail to recognize what we're seeing. An individual with poor Visual Closure skills has difficulty visualizing the whole of an object when part of it is hidden or missing. For example, visualizing the missing parts of a poorly photocopied page of print or pictures, or recognizing an object when it is partially hidden by other objects in front of it. When we're reading, Visual Closure perception helps us recognize sight words. It is a foundation skill for fluency and speed in reading and spelling. Here's a perfect example of how we "fill in the blanks" when reading.

The phaonmneal pweor of the hmuan mnid! It dseno't mtaetr in waht oerdr the ltteres in a wrod are, the olny iproamtnt tihng is taht the frsit and lsat ltteer be in the rghit pclae. The rset can be a taotl mses and you can sitll raed it whotuit a pboerlm. Tihs is bcuseae the huamn mnid deos not raed ervey lteter by istlef, but the wrod as a wlohe.

My Child Has Visual Perceptual Difficulties....Now What? 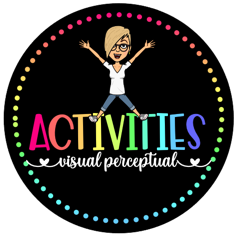